Vite in Riviera: a trip to Ponente Ligure (Western Liguria), where wine is never enough

Wine producers of Liguria are no longer able to satisfy all the buyers’ requests: cellars empty as early as September and sales offices forced to resort to allocations in order to satisfy as many buyers as possible, even abroad, rationing orders and deliveries. The growth of the indigenous grape Pigato, alongside Vermentino, Rossese, Ormeasco (Dolcetto) and Granaccia (the same grape as Sardinia’s Cannonau), is driving the region’s exploits on the shelves halfway around the world. But smiles are half-mouthed in Ponente Ligure (Western Liguria), where the 25 wineries of the Vite in Riviera network of enterprises are forced to reckon with congenital turnover limitations.

The picture of light and shade is painted by Massimo Enrico, president of the mini wine-growing ‘consortium’ that has been working since 2015 to protect and promote wine, oil and typical products from the territory bounded to the east by Quiliano and Roccavignale and to the west by Dolceacqua and Camporosso, crossing the Pornassio – Pieve di Teco – Ranzo triangle, straddling the provinces of Imperia and Savona. 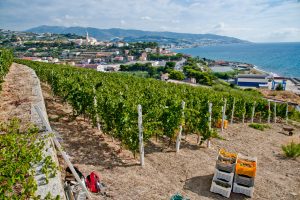 Not forgetting the PDO extra virgin olive oil from Taggiasca and Pignola cultivars, other true heritages of a rough but generous land, home of basil, pesto and unmissable specialities such as Caviale del Centa and Vessalico garlic from Valle Arroscia, inland from Albenga.

A network of companies of excellence, which now aims to have more and more say at the decision-making tables. Those of regional politics are no exception. This is demonstrated by the forthcoming meeting convened by the Department of Agriculture in Via Fieschi 15, where Massimo Enrico will bring the clear-cut testimony of all the Vite in Riviera companies.

VITE IN RIVIERA AT THE TABLE WITH LIGURIA REGION

«In Liguria – anticipates the representative of Viticoltori Ingauni – we should first of all take back the wine land register and establish how much discrepancy there is between annual production under the denomination and the hectares of vineyards claimed. Unfortunately, abandoned land is an obstacle to authorising new plantings, which for many wine growers would be vital. The criteria for allocating replanting rights should also be reviewed on a national scale».

A situation also complicated by the impact of climate change on viticulture. Liguria, already the penultimate region in terms of quantity of wine produced in Italy – it outweighs only the small Valle d’Aosta – has seen a 10% drop in the hectolitres processed in 2021 compared to 2020 (source: Assoenologi based on Agea data), from 40 to 36 thousand. That is about 4.8 million bottles. 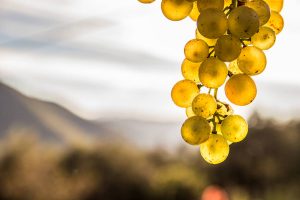 The 2022 harvest, conditioned by the heat and drought gripping the “Bel Paese”, will not be any more generous. On the contrary, Ligurian wine is increasingly appreciated abroad, as demonstrated by the 26.7% increase in regional wine exports in 2021, compared to 2020.

«The biggest market problems,’ Massimo Enrico points out, ‘concern our white wines. By September, only a few months after being released on the market, they are almost always finished.

A lack of availability that risks discouraging buyers, who do not like having to revise their assortments or give up products in the range, being told by their suppliers that the product is finished».

MANY EXCELLENCES AMONG THE WINES OF WESTERN LIGURIA

On the other hand, the limited quantities available to the Vite in Riviera cellars are inversely proportional to the quality of most of the wine labels produced. This is confirmed by the tastings at the Ortovero headquarters of the Enoteca Regionale della Liguria, a place not to be missed by all wine enthusiasts and professionals wishing to delve, glass in hand, into western Liguria (as well as the operational headquarters of the ‘mini Consortium’).

Among the wineries, two small realities such as Tenuta Maffone (Acquetico di Pieve di Teco, IM) and La Vecchia Cantina – Famiglia Calleri (Salea, SV), both managed by Marco Biglino, stand out for their range. The Piedmontese oenologist, now 85 years old, is capable of enhancing Pigato and other local grapes like few others.

He succeeds with the wines of Eliana Maffone and her husband Bruno Pollero, as well as with those of Umberto Calleri’s heirs, where he can count on the help of the young Filippo Bertolotto, now at the helm of what is a true boutique winery.

Also very convincing were the wines of Bio Vio in Bastia d’Albenga (SV), a true kingdom of organic wine (the first certified Ligurian farm) founded by Aimone Giobatta in 1989, together with his wife Chiara. Today, the couple can count on their three daughters Caterina, Camilla and Carolina (the family in the photo above), who divide their tasks between wine-making, catering and hospitality.

Among the wines of the Vite in Riviera cellars are also those of Azienda Agricola Bruna in Ranzo (IM), with its vineyards of Pigato and Vermentino in the high hills of the wild Arroscia Valley, which is once again populated by wolves.

NOT ONLY WINE: THE PEQ AGRI CASE 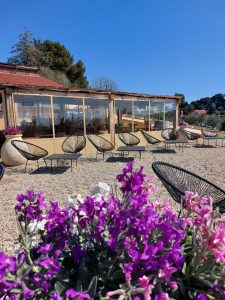 The project of PEQ, a holding company active in Ireland, the United Kingdom and western Liguria founded by Giorgio Guastalla, is far-reaching. Through PEQ Agri, a Savona-based company administered by Marco Luzzati, it has revolutionised the structure of some historic brands in the Liguria wine region.

The acquisitions of Lupi (Pieve di Teco, IM) and Guglierame (Pornassio, IM) following that of the ‘mother house’ Cascina Praiè (Andora, SV), now allow Vite in Riviera to count on one of the youngest and most dynamic realities on the Italian wine scene. Completing Peq Agri’s ‘wine list’ is the Vignamare restaurant, led by chef Giorgio Servetto (one Michelin star at Nove di Alassio).

A temple of gourmet cuisine located just below the spectacular Terrazza Praié, an informal destination where one can enjoy a glass of wine accompanied by dishes made with raw materials from the company’s gardens. By the end of the month, the inauguration of the latest (for now) addition is planned: the Agriturismo Resort di Tovo, in Tovo San Giacomo (SV).

VITE IN RIVIERA, THE BEST WINES

SWEET WINES – VINE IN THE RIVIERA

FOOD: THE SPECIALITIES OF WESTERN LIGURIA, IN THE ALBENGA SHOP-MUSEUM

There is a reason why the Vite in Riviera territorial project also embraces a company that does not produce wine.  This is Sommariva Tradizione Agricola di Albenga, a reality now close to blowing out its 110 candles that can count on a shop and a Museum of Olive Tree Civilisation in the heart of the well-known tourist resort in Liguria.

Inside the shop you can taste (and buy) local food specialities. From olive oil to pesto, not forgetting Centa’s Caviar and anchovy cream. Products processed using artisanal methods, without the addition of additives or preservatives. All under the guidance of Agostino Sommariva and the fifth generation of the family business, represented by his daughter Alice.

The old site of the family oil mill is a treasure chest that opens to the eyes of visitors, in Via Mameli 7, in Albenga. On the ground floor – or, rather, a few steps down – the shop and workshops. Upstairs is the museum that houses numerous relics related to the culture of oil and olives. A space made possible thanks to grandparents Bugi and Nino, who over the years have collected the tools and utensils that animate the Museum today.