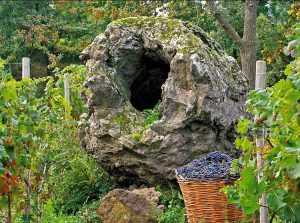 New estate on Etna for Tommasi. The Venetian family, which celebrates its 120th anniversary in 2022, has acquired 15 of Tenuta Chiuse del Signore‘s 60 hectares of vineyards in Linguaglossa, including the 1,500 square metre semi-buried cellar with seven rooms for the vinification and ageing of Etna Doc Bianco and Etna Doc Rosso wines.

The operation was finalised thanks to an agreement with the historic Taormina hotelier family Bambara-De Luca, headed by Isabella Bambara and Sebastiano De Luca, together with their children Sergio and Stefania.

Tenuta Chiuse del Signore is in fact an integral part of the Gais Hotels group’s assets, which completed the construction of the wine part less than 10 years ago, in 2015.

The great protagonists of the Tenuta, named after the contrada Le Chiuse del Signore, are the Nerello Mascalese and Carricante vines. They will allow Tommasi to further enhance its portfolio of quality wines, distributed in more than 70 countries around the world.

You can bet right now on what could be one of the ‘fancy names’ of the new labels. In fact, there is an enormous lava rock on the site, known as Pietracannone (Petra o’ cannuni in Sicilian dialect). A stone in the shape of a cannon, complete with a central hole (pictured on the cover). It gives its name to one of the vineyards, planted in 2001.

All around, a breathtaking natural setting, interspersed with panoramic viewpoints over the sea of Taormina and paths through woods, orchards and olive groves, not far from the castle known as ‘Villa Nicolosi’. This latest acquisition brings the number of hectares under vine under the control of the Tommasi family to 780.

Prior to the operation involving Tenuta Chiuse del Signore, there were seven wine estates in six regions: Tommasi (Veneto), Tenuta di Caseo (Oltrepò pavese, Lombardy), Casisano in Montalcino and Poggio al Tufo in Maremma (Tuscany). And again: Masseria Surani in Apulia, Paternoster in Basilicata and a partnership in Chianti Classico with La Massa.

All this while waiting for another project in Umbria, due to be inaugurated in 2023. Completing the picture is the De Buris cultural and wine project, linked to the Valpolicella Classica area, the recovery of Villa De Buris and Amarone Classico doc Riserva.

NEW ESTATE ON ETNA FOR TOMMASI: THE COMMENTS

«For 120 years – comments President Dario Tommasi, “we have had the ambitious objective of telling the story of Italy through its excellent wines and being its esteemed ambassadors throughout the world».

«Etna today represents one of the most interesting and stimulating territories in terms of both production and market. We are proud to be able to add this appellation to our portfolio to the others we already represent, such as Valpolicella Classica, Lugana, Montalcino and Vulture».

«We have known the Tommasi family for a long time – adds Isabella Bambara – and we appreciate their family union. By combining industriousness and competence, they have achieved important goals that go far beyond Valpolicella Classica».

«The Tommasi family, like ours, has always had a vocation for welcoming and hospitality. We were immediately on the same wavelength – she concludes – with a common vision of enhancing the territory and its riches. This collaboration, I am sure, will give further prestige to Etna and to the entire wine tourism sector».