Harvest 2022 in the Douro Valley: «Wines never so “light”. And it will be a great Port»

Moderate alcohol and acidity, excellent fruit expression. Contrary to expectations, a low presence of overripe, dry or dehydrated grapes. The 2022 harvest in Douro was one of the most demanding and challenging ever, with a 30 to 50% drop in production. This is assured by the Douro Boys, a group of winemakers who got together in 2003 «to form a perfect “Cuvée”» and show the world the potential of Port wine and the dry red and white wines produced in Portugal‘s most famous wine region.

Depending on the location of the valley and the vineyard, the total rainfall before the start of the harvest (January to July) was only between 170 and 260 ml. About a third of the average of 500-700 ml. The average temperature from May to September was higher than ever before. For 23 consecutive days, the thermometer exceeded 35 degrees. It reached 48 degrees in July in the Pinhão area.

Given the super-dry conditions, the Douro Boys expected a high quantity of dry grapes. Surprisingly, this did not happen, as confirmed during today’s online conference by all the winemakers of the group: João Ferreira Álvares Ribeiro and Francisco Ferreira (Quinta do Vallado), Cristiano Van Zeller (Van Zellers & Co.), Francisco ‘Xito’ Olazábal (Quinta do Vale Meão), Tómas and Miguel Roquette (Quinta do Crasto) and Dirk van der Niepoort (Niepoort). 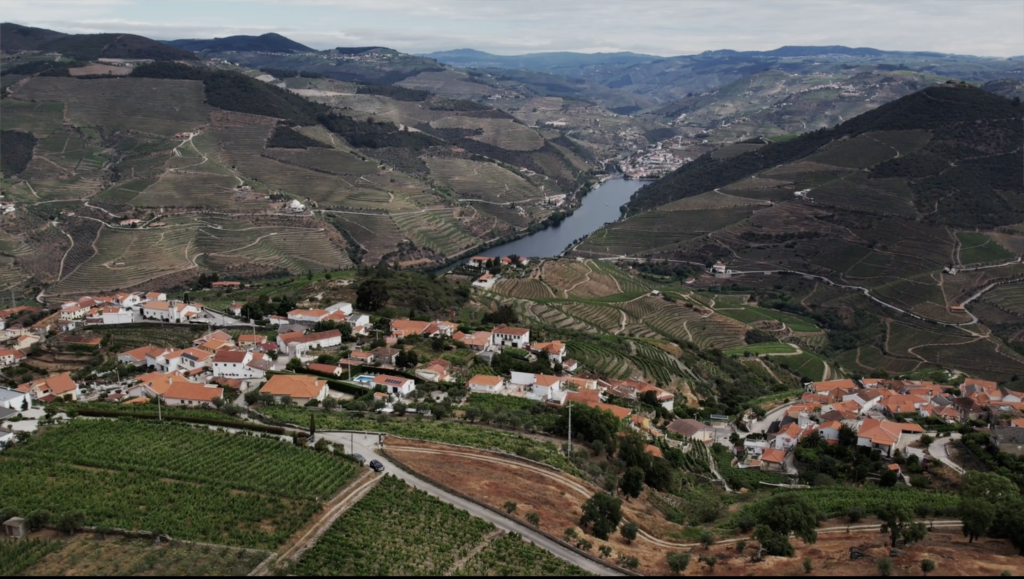 «The grapes harvested,’ the Douro Boys declare almost in unison, ‘are vital, fresh and fruity, the sugar content is lower than in normal vintages, down to a minimum of 12.5% vol.

This is probably because the vines stopped photosynthesis during the very dry summer, due to the lack of humidity. The yield is also obviously reduced. The weight of the grapes is only 80 per cent of that of an average year and they have retained very little juice».

The harvest of white grape varieties started around 10 August in the Douro Superior and other sub-regions. Despite the low temperature range between day and night, the grapes are very fruity. On the other hand, acidity is below average, but at a good level to produce fresh wines.

The 2022 red wines of the Douro are less alcoholic. For some Touriga Franca it is even 11%. However, the red wines have very intense red and purple colours and the nose is very pure and intense. The tannins are soft and balanced. 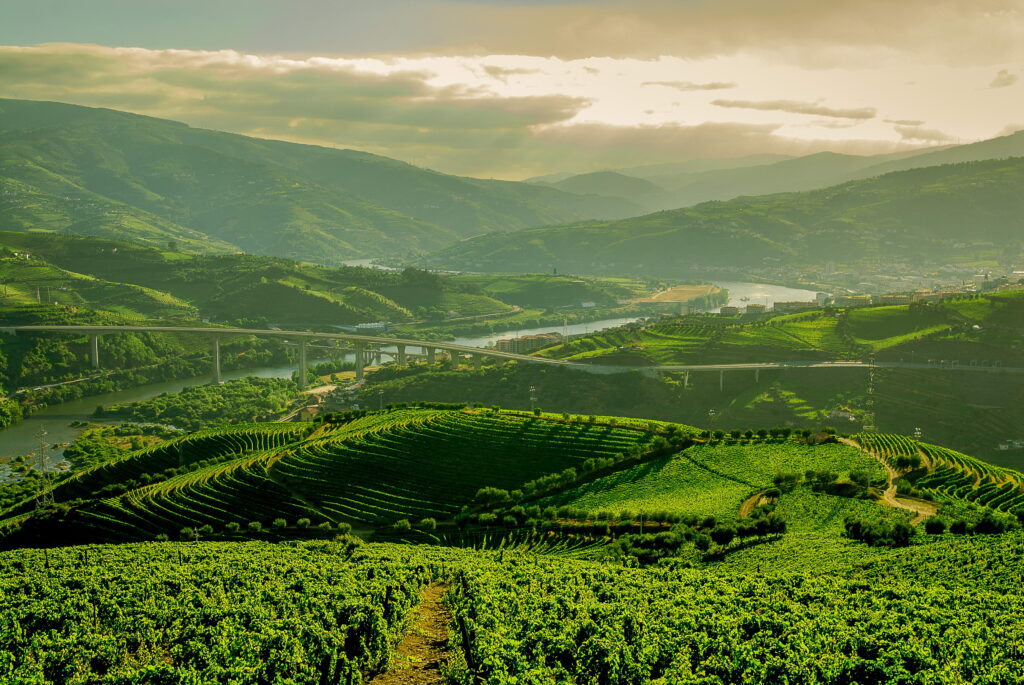 The harvest of Port grapes has just begun in the Douro and looks «very promising, with a high concentration of fruit and intensity». It is certainly a very good vintage, «perhaps even exceptional», some go so far as to say, among the Douro Boys. More indications will come around May 2023, since the wines are currently still in steel. But expectations, to date, are high.

Small quantities of Port 2022, in line with other wines from the region. «But the grapes are very aromatic, very intense, not very acidic, but well balanced, especially those from old vines», Daniel Niepoort guarantees for all.

In the Douro Valley, vines are used to surviving in very hot and dry conditions, along steep stony and shale slopes. This may be one of the reasons why the plants coped better with the extreme conditions of the 2022 harvest than in other regions.

There are many old and very old (50-80 years old) vines in the Douro, and the deep roots helped the vines to overcome the critical period and the soil surface conditions. Local producers, moreover, have been questioning climate change for years.

THE FUTURE OF THE DOURO: HIGH ALTITUDE PLANTING AND A SWITCH TO GUYOT 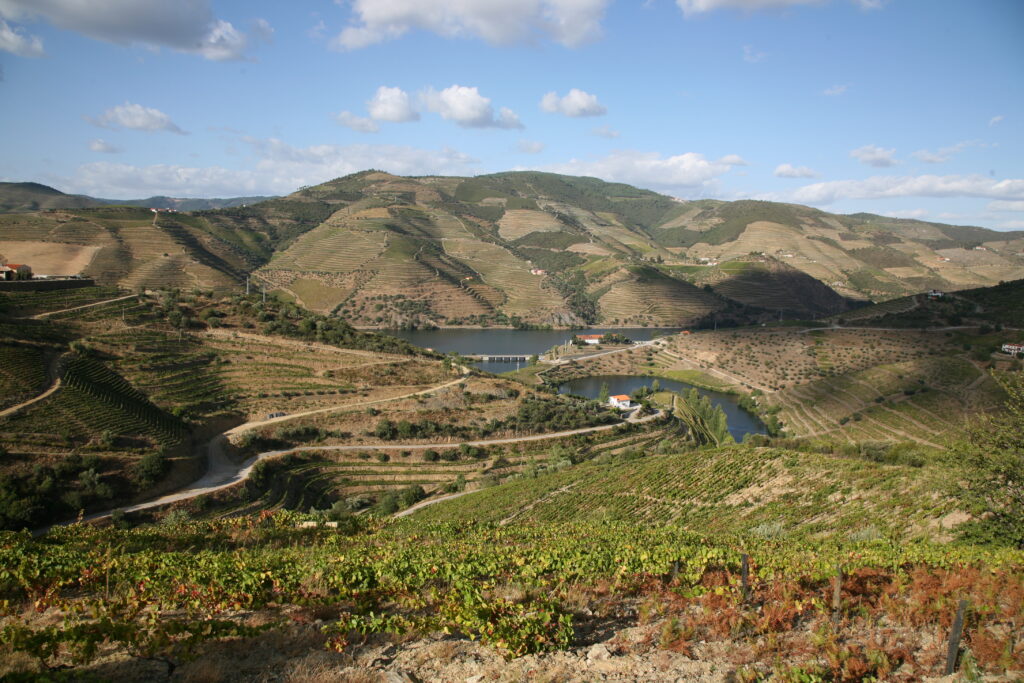 Among the moves of the Douro Boys is the discontinuation of the cordon and the switch to the less vigorous double guyot. The Douro has 43 thousand hectares of vineyards between 80 and 800 metres. The new vineyards, especially for white wines, are mostly planted at altitude.

The use of cover crops has been discontinued, preferring and returning to soil mobilisation (redra) at the beginning of July. This reduces the capillarity of the uppermost layer of soil, preventing the already low humidity and small amount of water in the soil from evaporating.

Moves are also made on the exposure front and the selection of the most suitable grape varieties. Particularly for white wines, experience has shown that varieties such as Arinto, Rabigato, Gouveio and Viozinho are less productive than Malvasia Fina, Codega and Fernao Pires, which have been used in the past to produce ‘pop’ style wines. They also produce less sugar and therefore less alcohol and more acidity.

For this reason, they are ideal for producing balanced white wines, even in years of extreme climate. Touriga Nacional, probably the best known grape variety in the Douro, has adapted well to the heat and continues to produce balanced wines, even in dry or torrid years. An optimal resource, even for Port.

For red wines, some producers prefer the cool, late-ripening Touriga Franca. Mixed plantations have advantages: with different grape varieties, there is always a balance between over-ripeness and freshness. 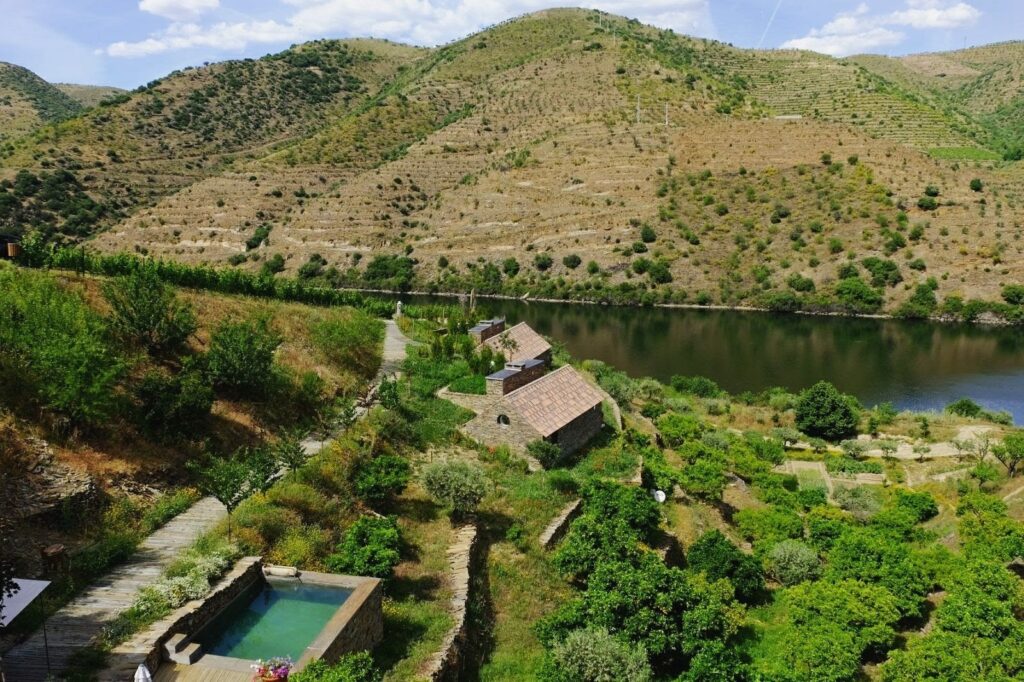 Portugal has gone through difficult times, but has managed to meet the targets set by the European Union. At the same time, excellent investments in quality tourism have helped the country get firmly on the path of wine tourism.

It is no coincidence that 2022 was a record year for Portugal, thanks mainly to a strong increase in guests from the United States. «The boom in tourism helps the Portuguese wine industry a lot», points out João Ferreira of Quinta do Vallado, a winery with hospitality, thanks to some hotels in breathtaking locations on the Douro Valley (Quinta do Vallado Régua and Casa do Rio Foz Côa).

«Wine sales increased by 100% in Horeca compared to last year, which was already a very good year. 42% more guests stayed at La Quinta and 70% more visitors in 2022 make this the best year ever».

The only sore point for the Douro Boys was the lack of bottles, which prevented three wines intended for the association’s 20th anniversary celebrations from being bottled in time. These would have been a Port and two cuvées – one white and one red – to be presented in April 2023.